We have received news from Paul Harper that David Smith passed away peacefully last night (15 March). He left school in 1960 and just turned 77 last Friday. Paul said he, Melvyn Oughton and David regularly met in Manchester over the past few years.

Our thoughts go to David’s family and friends during this sad time.

News has been received that former pupil Pamela Robson passed away on Tuesday 23 February. Our thoughts are with David Varrie, and Pamela’s family and friends during this sad time.

Following a discussion with Julie at the Masonic Hall, the Reunion Committee have made the decision to postpone Reunion 2020.

While lockdown restrictions are generally easing, social distancing will remain for a long time to come. This means large gatherings, such as our Reunions, will be very difficult to maintain.

Because of this, it was decided to cancel Reunion 2020 for everyone’s health and safety. The event will be rescheduled for October 2021.

We know some of you will be disappointed, but it is the right thing to do. It will give us all something positive to look forward to in 2021.

More details will be announced in due course. In the meantime, please continue to stay safe and remember to keep social distancing.

In March, we reported Mark Vincent had started a project in September 2019 making a replica of the school inside the Minecraft video game. This has now been completed, and Mark has sent in some photos showing what it looks like.

Thank you, Mark, for sharing what you created. 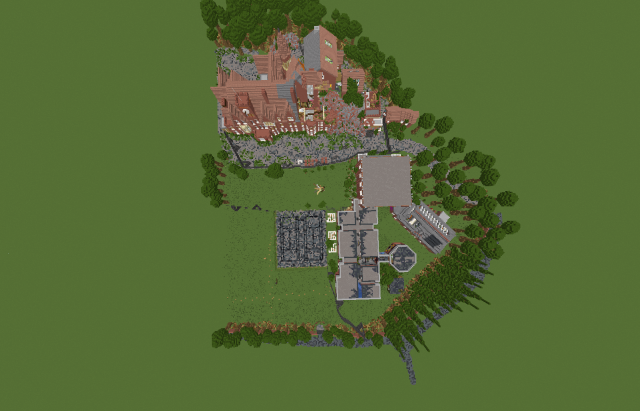 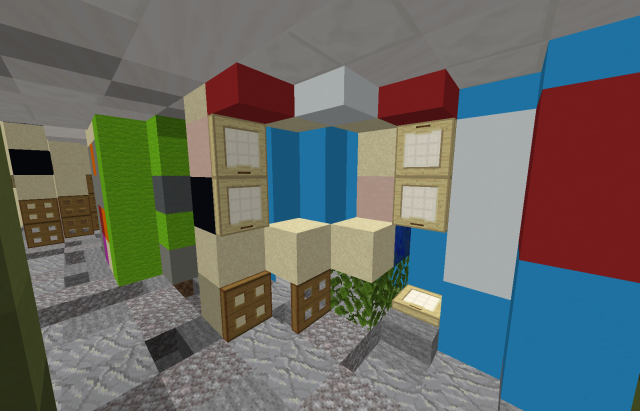 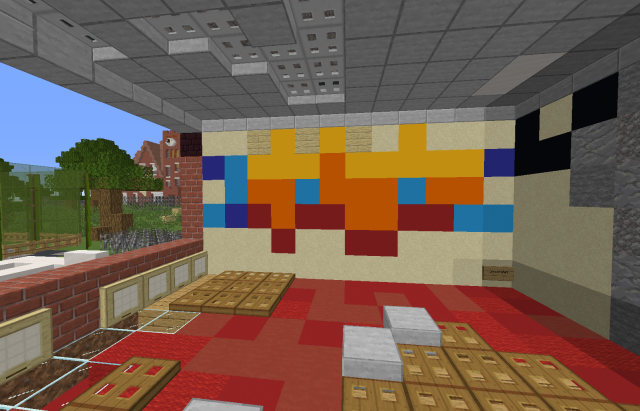 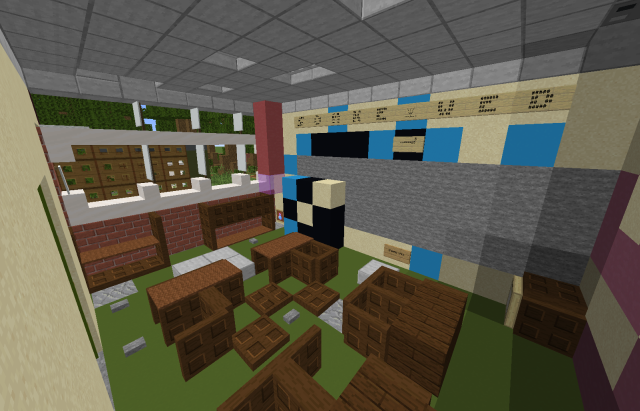 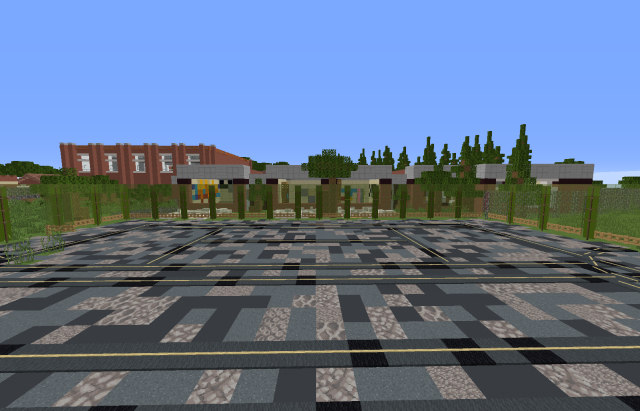 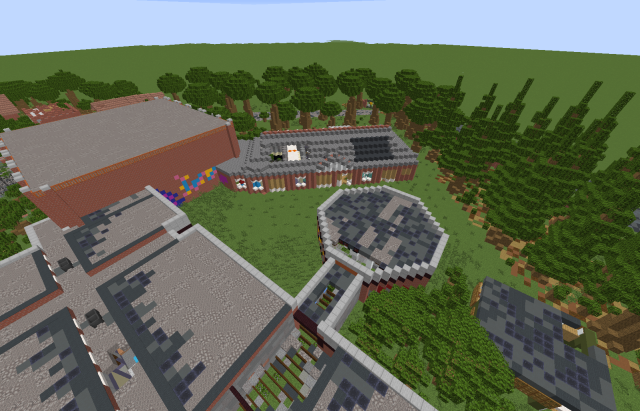 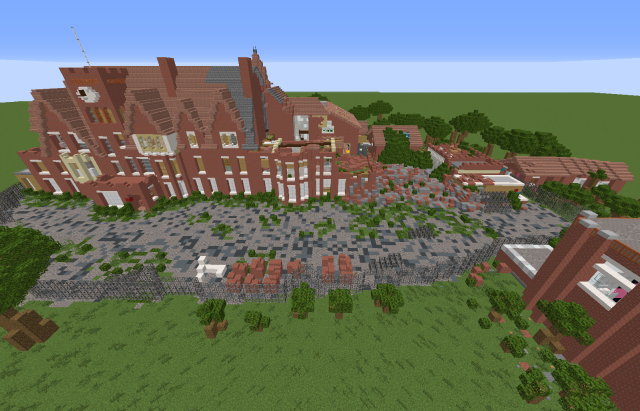 An update about this year’s Reunion:

The Reunion Committee hopes it will go ahead as planned on 3 October. However, we are all living in uncertain times and many events have already been cancelled. The Reunion Committee feels it is wise to start selling tickets for the event when it is safe to do so. The advice is to keep an eye on here for any further announcements.

We heard this week that ex-pupil Daffyd Howell passed away last year on 12 August. Daffyd was 65 years old. Some of you will know him as Goronwy Jones.

Here’s a date for your diaries – the next Birkdale Reunion will take place on Saturday 3 October 2020. It will be held once again at the Masonic Hall in Southport.

If you have any feedback or suggestions for this event, please use our Contact Form. The committee of Bob Bayley, Mike Fahey and Tony Wright will consider any ideas put forward, and they will aim to make this event a memorable occasion.

Further information will be announced in due course. 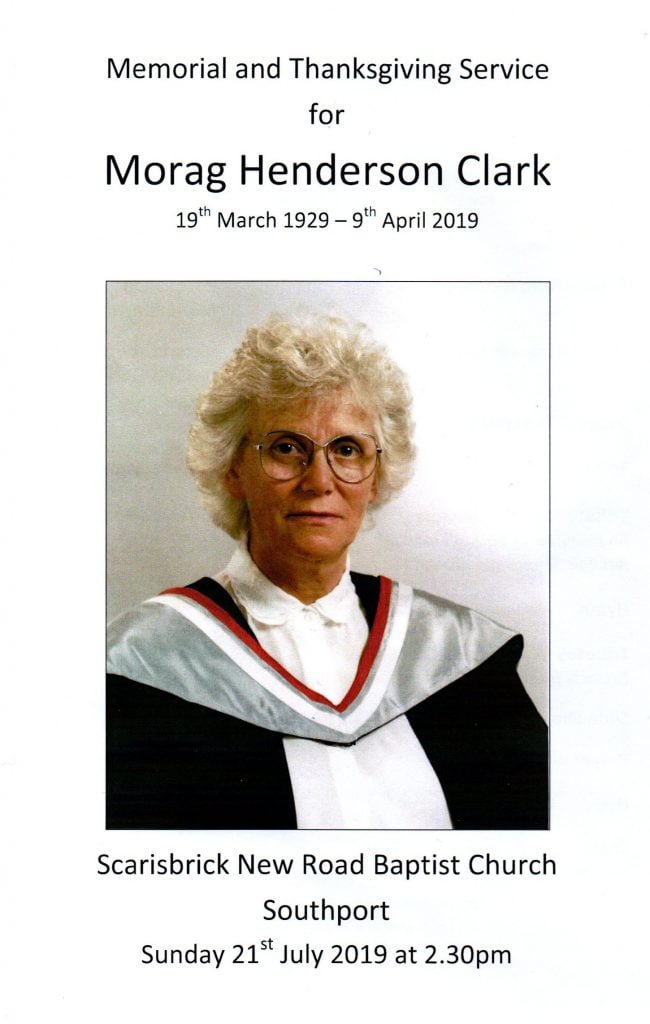 Led by Elizabeth Rothwell, there were a number of speeches and a slideshow which included photos of Morag in her younger years and several taken during her time at Birkdale School.

Robin recounted some of Morag’s early years with the family. Two ex-pupils, Victoria Haynes (nee Sefton) and David Walker, gave their own tributes to Miss Clark. Victoria’s father, Chris Sefton, talked about meeting Miss Clark for the first time and how reassuring she had been about his daughter attending the school.

Elizabeth gave an overview of Morag’s work at Birkdale School and around the world. So many things were learnt from this, including the moment Morag met Nelson Mandela in South Africa. Extracts from the numerous messages received from professionals in different countries were read out.

Thanks were given to the minister of the Baptist Church for allowing his church to be used for the service. Tea and coffee was served afterwards, which gave people a chance to catch-up and chat. It was nice to see among the ex-staff Mrs Janet Mulcahy (nee Morris) and her mother Mrs Morris, Mrs Margaret Dutton (nee Crowley), Miss Angela Baron, and Miss Baldwin.

Particular thanks must go to Elizabeth Rothwell for organising this lovely Memorial Service.

A condensed form of the speeches with some photos will be put online in due course for everyone to see. 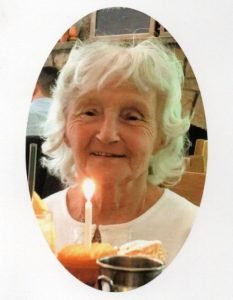 News has just been received that Maureen Howe (nee Walters) passed away on Tuesday. She was known by many as ‘Little Moe’. She was involved with Southport Centre for the Deaf for many years as Treasurer of the Tuesday Morning Club until her health worsened in 2014.

Update 17.07.19: Many people attended Maureen’s funeral at Southport Crematorium today, including about 10 members of Southport Centre for the Deaf, some of whom are ex-pupils of the school.

Following the sad news of Miss Clark’s death in April, a Memorial Service for her has now been arranged for Sunday 21 July at Scarisbrick New Road Baptist Church in Southport at 2.30pm. (Postcode for Satnav users: PR8 6PU)

Please indicate here or by using our Contact Form if you are able to attend so that we have an idea of numbers.