“Professor Marchant moved, and Mr D A Schierwater seconded, “That the premises known as Terra Nova, Birkdale, be purchased subject to the approval of the Ministry of Education.

The resolution was carried unanimously.”

Taken from the Minutes of a Special Meeting of the Committee of the Liverpool School for the Deaf held on Monday, 15 April, 1946 at 11am

“That, subject to approval by the Ministry of Education, September 1st, 1948 be the appointed day for opening the Birkdale School.”

Taken from the Minutes of a General Meeting of the Committee of the Liverpool School for the Deaf held on Wednesday, 25 June, 1947 at 2.30pm

[Due to unfinished building work, the School didn’t open until Saturday, 11 September, 1948] 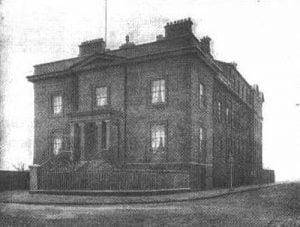 The School as we know it at 40 Lancaster Road, Southport, was originally located at 54 Oxford Street, Liverpool, from 1839 till 1948.

The Lancaster Road site was set up in 1904 as a private boarding school for boys, known as ‘Terra Nova’. It was taken over by the Central National Registration Office [CNRO] in 1939, and used throughout the Second World War as a Records Office. 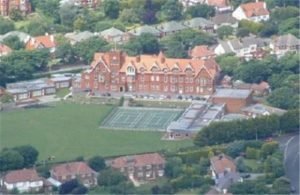 Terra Nova was relocated to Cheshire during the war years, where they still remain. See their website here.

The school buildings were put up for sale after the war ended, and the Liverpool School for the Deaf put in an offer to purchase the site for £50,000. Although this was accepted by the vendor in 1946, it was another 2 years before the buildings were released by the CNRO. The Liverpool School for the Partially Deaf was officially opened by the Earl of Derby on Saturday, 11 September, 1948.

NOTABLE DATES IN HISTORY OF THE SCHOOL