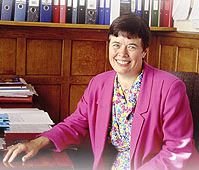 It was wonderful to see so many former pupils at the Garden Fete on Saturday 24 May. I am sure you will all agree that the efforts of the stalwart members of the Home School Association, combined with the willingness of present (and former) staff to man stalls, plus the magnificent weather, all combined to make this the most memorable Garden Fete of all.

I would like to take this opportunity to thank all of you for your letters, petitions and moral support during recent months. Although we are all feeling extremely sad about the imminent closure of school, I know that if we have produced so many fine former pupils, we have not wasted our years at Birkdale. The pride that we feel as we share news of your personal achievements reminds us all that successful inclusive education can take place within a residential special school.

With every good wish for future happiness for every one of you.

Wedding Anniversary Joy
Irene and Robert Bassett are celebrating their 30th Wedding Anniversary this year and we will be touring Poland. We met at school in 1956 and left in 1962. We did not hear from each other for 10 years, and then accidentally met up again in November 1972, and got married in July 1973. We have two grown up daughters, Amanda, who is a teacher and Susannah, who is a student at Manchester University.

News from Alasdair
After I completed my BTEC course at Hugh Baird College in 1993, I went onto Loughborough University to study B. Eng (Hons.) in Product Design and Manufacture. I gained a 2:1 grade after 4 years with a Diploma in Industrial Studies.

After University, I spent 6 months applying for jobs until I joined a manufacturing company, H. R. Adcock Ltd., which manufacture and assemble automotive seat height adjusters, mainly for Ford Focus. The company is based in Shepshed near Loughborough and I was an associate in the Teaching Company Scheme – between company, university and government support funding for the first 2 years. I became their Process Design Engineer, designing and building assembly machines for our shop floor in which I became a valuable member of the team.

I met a woman from Manchester, Diana, and got married in May 2001 in Scotland. We moved to a new house in Derby. We are keen gardeners and since we had the new house we have been busy ever since building from a plain lawn rear garden into a garden with abundant flowering borders with a large pond (just completed at the weekend of your garden fete!). We will be stocking fishes in the pond soon.

Education-wise, I am currently studying part-time with Loughborough University, doing Master of Philosophy. It has been 4 years since I started and now am in my writing up period. I aim for completion at the end of December this year. The aim of this study is to show expertise in the area of assembly and ergonomic-driven design. After that within the next 10 years I may go for M.B.A. or Ph.D.

A Big Thank You!
Thank you very much to all of you who came to the School Fete on Saturday 24th May and helped to make it a huge success. It was marvellous to see so many ex-pupils, spread over many years, and my only sincere regret is that I did not manage to spend more time with all of you. Old pupils have been responsible for making my teaching career very, very happy and enjoyable so I owe a debt to you all. I sincerely hope I will manage to spend more time with you at the Old Pupils’ Reunion on 15 May 2004. A big THANK YOU to you all.

[The fete raised over £2,100 and much of this money has gone towards sponsoring school trips to London and Edinburgh. – TW] 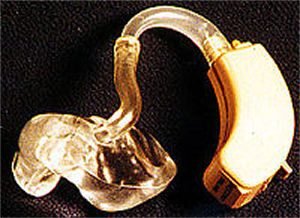 They get battered more than babies and they get neglected more than pets. Attempts are made to drown them and they become choked with food on occasion. They get scraped along the ground and their wires pulled out. Sometimes their vital parts are lost as they are used on the beach making sandcastles. They suffer severely when little children are sick and neglected batteries leak. One pair was dropped from the top of the fire escape and suffered an early death, while another poor little post aural was savaged by a dog – unmentionable things happen in the toilets!

Happy Talk
At the annual Prize Giving held at the Arts Centre in April, the pupils presented a performance entitled ‘Happy Talk’ showing pupils listening, talking and working together. The programme included examples of work done by different year groups in performing arts and gymnastics lessons.

We were joined by Year 7 pupils from Birkdale High School, who had taken part in lessons with Christopher Maher and Nathan Read. One group presented their interpretation of a scripted piece, whilst the other used dance and mime to express ideas.

Year 9 presented a simplistic version of ‘Aladdin’. This had been a difficult task for the group, but they worked extremely hard on it. Special thanks go to Miss Baron for all the extra work done with this group.

Year 10 and some of Year 11 not taking GCSE communicated a theme very close to all our hearts. They asked the question in the light of current troubles, why their precious school should be on the brink of closure. They were joined by all pupils, united in their friendships and with pride in themselves and their school.

Mrs Alexander and I have enjoyed working with the pupils. There are many talented young people, both hearing impaired and hearing. They speak for themselves in many different ways. Mrs Alexander and I would like to thank Mrs Wood and all the staff for their help and support, especially Miss Brown.

Reunion 2004
The next Reunion for former pupils and staff of the school has been arranged to take place at the Shelbourne Hotel in Southport on Saturday 15th May, 2004. Details of the ticket price will be announced in the autumn, but if you’re interested in attending, please reserve a place now, as this event is likely to get booked up very quickly, by contacting the Editor.

Birkdale Rowing Club News
Birkdale Rowing Club would like to thank everybody who has helped with the running of the club. Special thanks to the Home School Association who funded our first big event. The club will keep going and we already have a bit of BSHIC with us as our badge is the same as that of school. A special thanks to Paul Kelly, Danielle Lyons, Michael Fisher and Christopher Banks as those four took Birkdale to the Great Britain rowing team.

Where Do We Go From Here?
For many years, this newsletter has been a way of keeping people in touch with news about the school as well as about ex-pupils and staff. With the closure of the School, many feel this publication should continue as a point of contact for all those associated with the school, past and present.

The Home School Association has in recent years funded costs relating to the newsletter, but as the H.S.A. dissolves we find ourselves in a situation where we have to ask those who wish to continue getting the newsletter by post to pay a nominal fee to cover printing and postage costs. This fee is £2 to cover 6 issues over 2 years.

If you wish to continue receiving the newsletter by post, please send a cheque/PO to the value of £2, made payable to ‘Birkdale Reunion Association’, to the Editor. However, if you have access to the Internet [As you’re reading this on a screen, then you must do!], you’ll always find the latest issue and back copies of the newsletter on the Birkdale Reunion Association website.

I would also like to take this opportunity to appeal to former pupils and staff to submit articles for future issues; your news is always welcome! I have plans for new items in the newsletter, such as ‘Down Memory Lane’ featuring moments in the school’s history, so the memory of Birkdale School will live on.